Plans submitted for homes and a school in Warwickshire 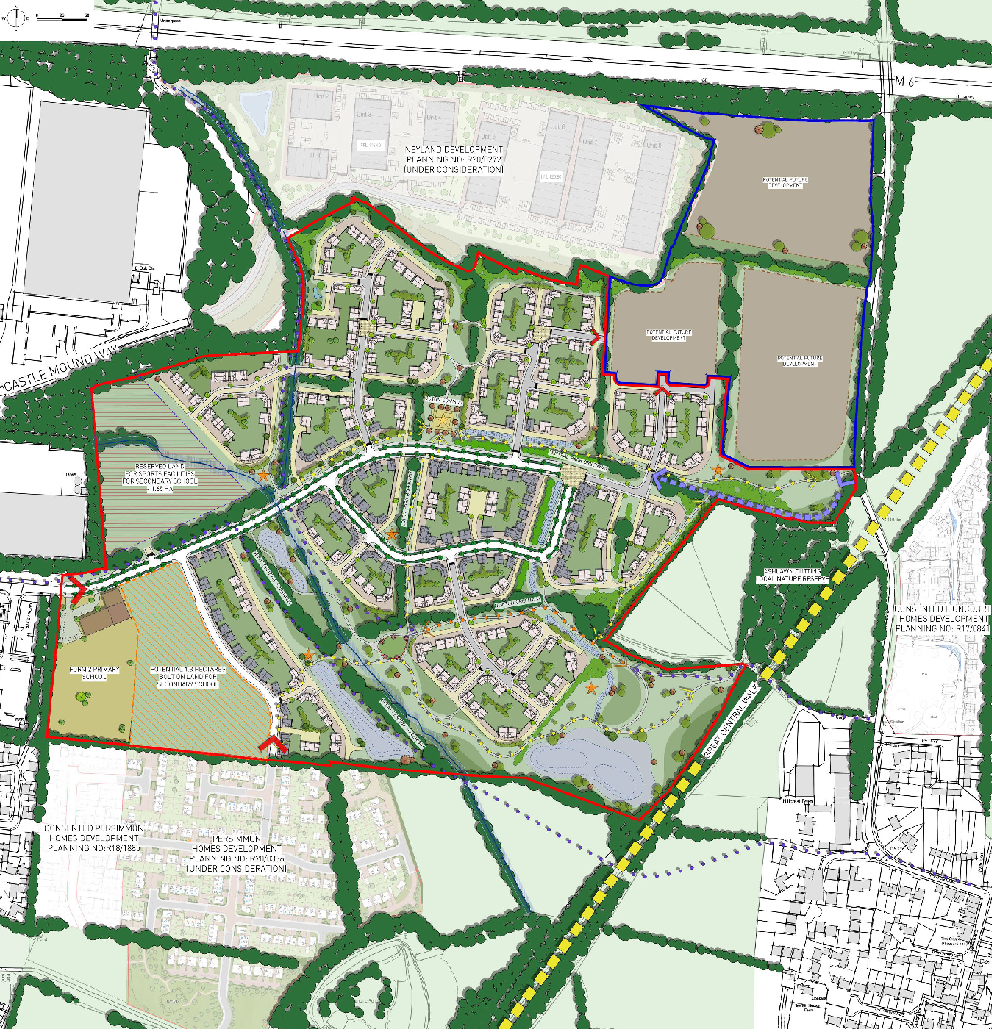 Hundreds of homes, a primary school and vast open spaces have been proposed for a site in Warwickshire.

Property development company AC Lloyd, which is based in Warwick, has submitted a first phase application for outline planning permission to Rugby Borough Council to create 475 homes and a two-form primary school at Coton Park East in Rugby.

There is also potential within the masterplan for Warwickshire County Council to build a secondary school within the 30-hectare development.

The mix of two, three, four and five-bedroom homes would include affordable housing and it is expected that the primary school would be built near the existing Rugby Free Primary School off Central Park Drive.

The new buildings will be contained in a framework of open spaces and include four significant greenways – Central Park, Newton, Coton Common and Great Central – to create substantial landscape connections across the site.

They will provide areas for ecology and biodiversity, including proposed wetland and meadow planting, as well as create areas for recreation free from traffic, and will link up with the Ashlawn Cutting Nature Reserve on the east of the site which is cared for and maintained by the Warwickshire Wildlife Trust.

Des Wynne, Managing Director of AC Lloyd Strategic Land, said this was the first phase of a planning application which could lead to a total of 625 houses.

He said: “We excited at the prospect of creating a very attractive new development in this location.

“It is allocated for housing in Rugby Borough Council’s Local Plan which was adopted in 2017 and it is easily accessible to open space at Ashlawn Cutting Nature Reserve –  a disused railway line that ran on the eastern side of the site which is now called the Great Central Walk and is an important local green space.

“We have recently submitted an outline planning application and, if we are successful, that will shortly be followed by a detailed application for the primary infrastructure to construct the main roads through the site.

“AC Lloyd hopes to start construction in mid-2021, and may seek to partner up with other housing providers to accelerate the delivery of this important site

“A new primary school is proposed to be built adjacent to the site of the current Rugby Free Primary School which would be two forms.

“The potential for a secondary school has been identified in the masterplan – which will be dependent on the requirements of Warwickshire County Council’s education department.

“This is a first phase application and if it was approved and it goes well, there is the opportunity to construct a further 150 homes as a second phase on the site.

“Green infrastructure plays an important part of this application and the proposed four greenways will enhance the open space and will provide users with plenty of walking routes with links across the site and to the surrounding area.”

Caption: The masterplan of Coton Park East in Rugby which has been put forward for planning permission by AC Lloyd