The process of innovation has changed - it is much quicker than it used to be and it is more likely to rely on significant data.

Instead of spending several years considering how a new technology performs under research conditions before starting to develop it, today’s entrepreneurs work to much shorter product development cycles. They are more likely to be testing several ideas simultaneously and refining them as they go.

While data-based inventions are still relatively few and far between, this is rapidly gaining traction as an important area of innovation activity.

Large data sets that have been collected over a long period of time can provide a fertile ground for patentable inventions.

For entrepreneurs that succeed in bringing their big data ideas to market, applying for patent protection could give a valuable 20-year monopoly in their target markets. It may also be possible to leverage the patented technology by licensing it to third parties in the future.

In recent years, innovation activity has been fuelled by a series of data giveaways by various bodies, in particular several government agencies.

Tech entrepreneurs have responded positively to such releases by looking for ways to harness the unstructured data in a way that will deliver valuable insights or support a commercially-viable service for consumers or businesses.

While data giveaways are intended to encourage innovation, it is important that steps are taken to protect ideas that arise from processing and acting upon the processed data, where it is possible to do so.

Before discussing any idea with a third party, big data entrepreneurs should consider whether the application of their invention is technical or not and if so, take steps to protect it. This is not necessarily as straightforward as it sounds.

For example, one big data application might involve capturing traffic movements in a city or town, and using the captured data in algorithms capable of providing real-time routing intelligence and control of traffic management systems. This type of invention would have a technical effect and, as such, should be eligible for patent protection.

If in any doubt about whether an invention is patentable or not, entrepreneurs should seek specialist advice. It is important to remember that early disclosure of the idea could constitute ‘prior art’ and render the invention ineligible for patent protection.

Big data entrepreneurs should also take care to check the terms and conditions of any data giveaway before investing time and energy in development activity.

There could be restrictions attached, which might mean that any royalties earned from intellectual property rights secured in the future must be shared. Entrepreneurs need to be aware of such restrictions from the start.

As data-driven innovation is a relatively new area of focus, if a patent application for a specific invention is granted it is likely to include a relatively broad definition covering a number of areas of potential application. From the entrepreneur’s perspective, this could deliver an unexpected advantage in the future, by increasing the potential to earn royalties as the marketplace matures.

Despite their software-based functionality, some big data ideas could turn into patented money spinners in the future. The challenge for tech entrepreneurs is to ensure their big ideas have a technical outcome and to ensure any intellectual property is protected. 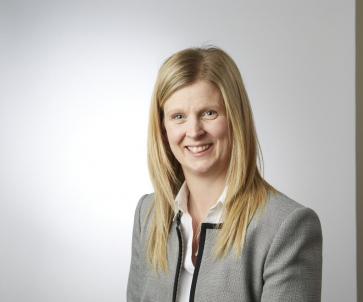 Jennifer Unsworth is a patent attorney at intellectual property firm, Withers & Rogers LLP. Based at the firm’s Leamington Spa office, she specialises in advanced engineering and advises organisations of all sizes – from larger multinational companies to small and medium sized businesses and private inventors